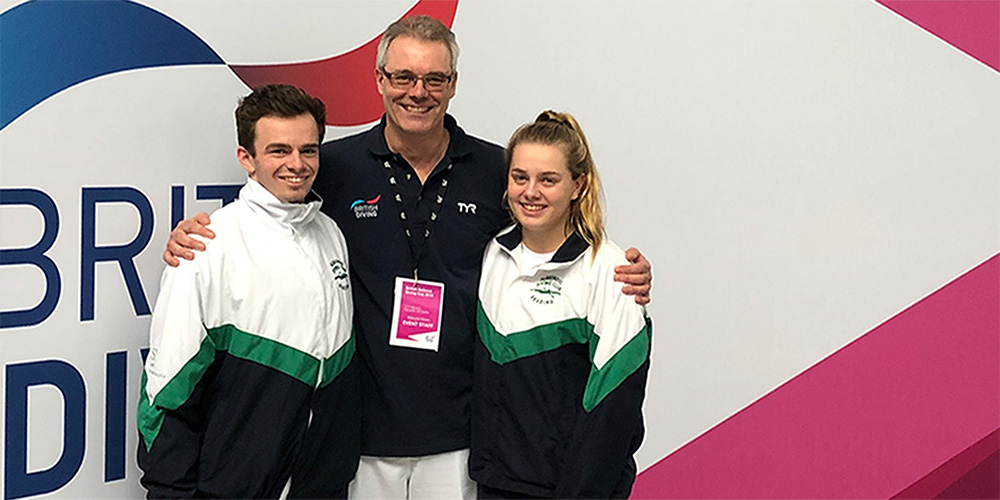 Charlotte West and Charlie Minns both travelled to Plymouth with Lead coach Malcolm Green for the British National Cup 2019.  This significant event in the British Diving Calendar brings British junior and senior diving talent together and is used as a selection and tracking event for British Diving.  This year the event was streamed live via the British Swimming website and YouTube Channel. All the action can be viewed on catch up https://www.youtube.com/user/BritishSwimming  You can see both Charlie and Charlotte in action in the 1m and 3m springboard events.

Scores in this event cannot be compared directly to scores at junior diving events. The top senior divers are extremely strong and powerful so judges are looking for evidence of this in the dives and the benchmark is set accordingly.

Charlotte West took to the boards on 1m and 3m.   Charlotte dived  well on 1m  to finish her five dive set with 168.10 points (18th place).  On 3m another solid performance saw Charlotte finish 19th with 185.55 points.  Diving at The British National Cup was a goal Charlotte set for herself last year.  To have achieved this significant milestone is testimony to her determination, dedication to her training and strong work ethic.

Charlie Minns is currently in his third junior year studying at Princeton University where he dives for the Princeton Men’s Swimming and Diving team.  Charlie had also set himself the goal of competing at a senior British National event and so flew home to join Charlotte and represent Albatross in Plymouth.  Charlie returned an excellent result on the 1m springboard; qualifying for the final and finishing in 7th place with a score of 282.65 points.  On 3m Charlie  finished 16th with 262.20 points.

Its really worth divers and coaches checking out the live video footage from this event.  Each dive – good and bad – is analysed by the commentary team including Olympic gold medalist and ex Albatross Diver Chris Mears.  Experienced divers can gain some excellent coaching tips which could help your own diving!

NEW TV COVERAGE PREMIERED AT THIS EVENT: As part of the live coverage, British Swimming launched its new aquatics-based show called ‘Deep End Live’, aimed at enhancing the streaming of its domestic events in 2019. Deep End Live aims to bring the audience closer to the action with the opportunity to directly engage with the athletes in a new purpose built studio.

From expert commentators (Bob Ballard and Olympic champion Chris Mears took up the reigns in Plymouth) right through to studio guests, British Swimming want to offer a viewing experience that’s never been seen before at aquatics events. In between the action our aquatics stars dropped  into the studio, whilst post event there were real time updates from all of the winners as they discussed their performances and where we’ll be seeing them next; for most it will be the FINA Diving World Series in London this May. 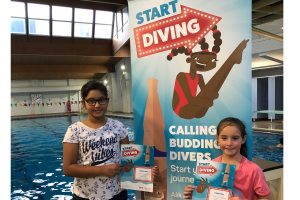 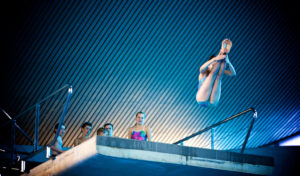 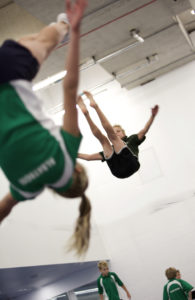 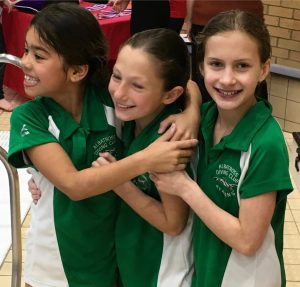 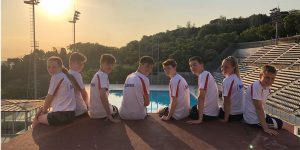 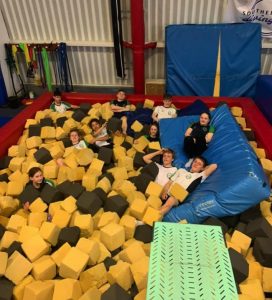